Well, after lambing I thought things would slow down, but no, things went up a gear. We are on a bit of a high at the moment after a miserable winter and cold wet spring. The weather has just been glorious and has lifted our spirits and energy levels no end. May was really busy as we had a deadline for finishing the workshop end of our barn conversion. The assessment went very well and we should receive our final grant payment soon. Thank you LEADER Funding. We could not have finished the building to this standard without your support. It felt like jumping through hoops at times and so often I felt like giving up but I’m so glad we forged ahead and we’re both over the moon with this redevelopment. John’s family have farmed here for 6 generations and I’m glad we’ve been able to save this building for many more.

I can be found most day and evenings in the workshop now, making soap, packaging up orders or just generally hanging out. It’s so clean, airy and bright and smells glorious, quite a contrast to the rest of the farm! 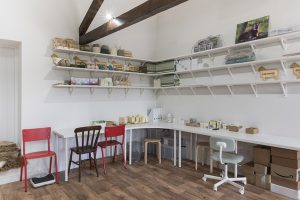 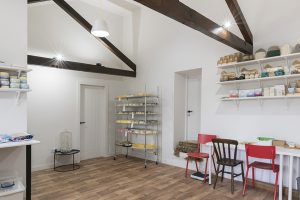 The new kitchen where I make the soap is perfect. There are no interruptions and everything is to hand so it’s much easier and quicker than trying to make it in our home. 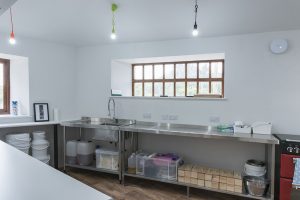 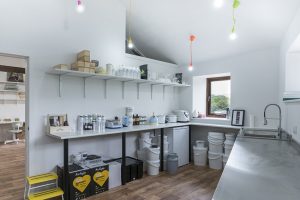 Do you remember what it used to look like? 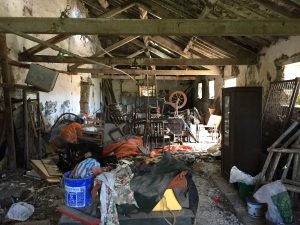 Initially, we really just wanted to save the building. The roof was beginning to cave in and the beams were weakening. The Soap Dairy was an afterthought when we were contemplating what we could use the building for. It’s original use was a shippon, for milking cows, but under current regulations we couldn’t use it for livestock again. I’m glad the new use still has a connection with the past use.

The workshop is only half of the building. We are currently working on getting the other half completed. This will be a small rental property for visiting guests, volunteers and for family members. We have our first two bookings already which is keeping us motivated to get it finished.

We’re just back from Woolfest. It’s always a wonderful event, full of expert fibre farmers, spinners, weavers, hand dyers, knitters, crocheters, felters and pattern writers. I feel very out of my depth as I’m only just learning to knit but I can talk about our sheep and this year we filled three display stands with 15 sheep so people could see the different qualities in their fleece.  Here’s a photo of John with a Castlemilk Moorit and Oliver with a Bluefaced Leicester. The weather was so hot we sheared the ewes whose fleece had risen before the show but they had their lambs with them in full fleece so people could see the breed with and without their coats. 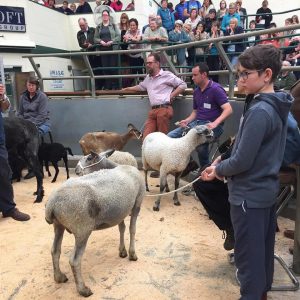 Every year, those who bring livestock to the two day event are encouraged to bring one or more into the show ring so Peter Titley, former President of the RBST can give an illustrated talk about the history of our native British sheep. It’s always the most popular talk at Woolfest!

Our stand at Woolfest. 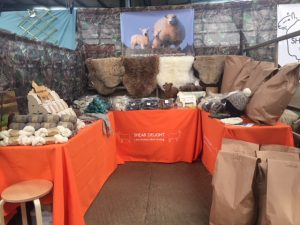 This was the first year we had our own stand and traded as Shear Delight. It was very successful indeed and it looks like we will be exporting some of our fleece to Japan next month. British wool seems to be big over there and I seem to have made it into a woolly newsletter…. 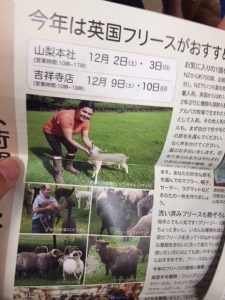 In other news, we have some rare breed turkey eggs, kindly given to us by Dumfries House when we visited the rare breed on-site farm a few weeks ago. They are in the incubator so I hope on the 16th July we have some Crollwitzer poults.

And to finish, here’s John at a garden party for Prince Charles’ 70th birthday at Buckingham Palace (6 months before his actual birthday but there you go). Anyway, John was delighted to been chosen as one of the representatives of the RBST and he bought himself a gorgeous new suit for the occasion, although he did get mistaken for security! 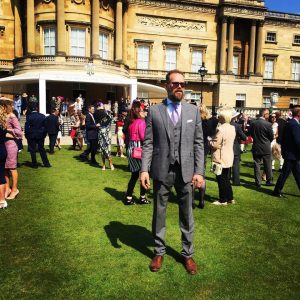